For many women across the country, the New Year is a prime time to pay attention to their health….and that means preventive testing such as a mammogram. To help make that message loud and clear, A Silver Lining Foundation (ASLF) has partnered with Clear Channel to spread the word about their free mammogram program through public service announcements in Chicago's airports.

"The cost of a mammogram varies widely and generally includes a separate billing from the radiologist, making it unaffordable for many individuals," says Dr. Sandy Goldberg, Founder and Chairman of ASLF. "However, a mammogram and diagnostic testing can be the difference between life and death for many women."

Dr. Sandy adds that the additional exposure the Buy A Mom A Mammogram(r) Program campaign at O'Hare and Midway airports has already translated into calls from women seeking more information on breast cancer screening services. "We want to spread the word that these services are attainable to anyone in need," says Dr. Sandy. "It is really a lifesaving program and it is too important to wait." 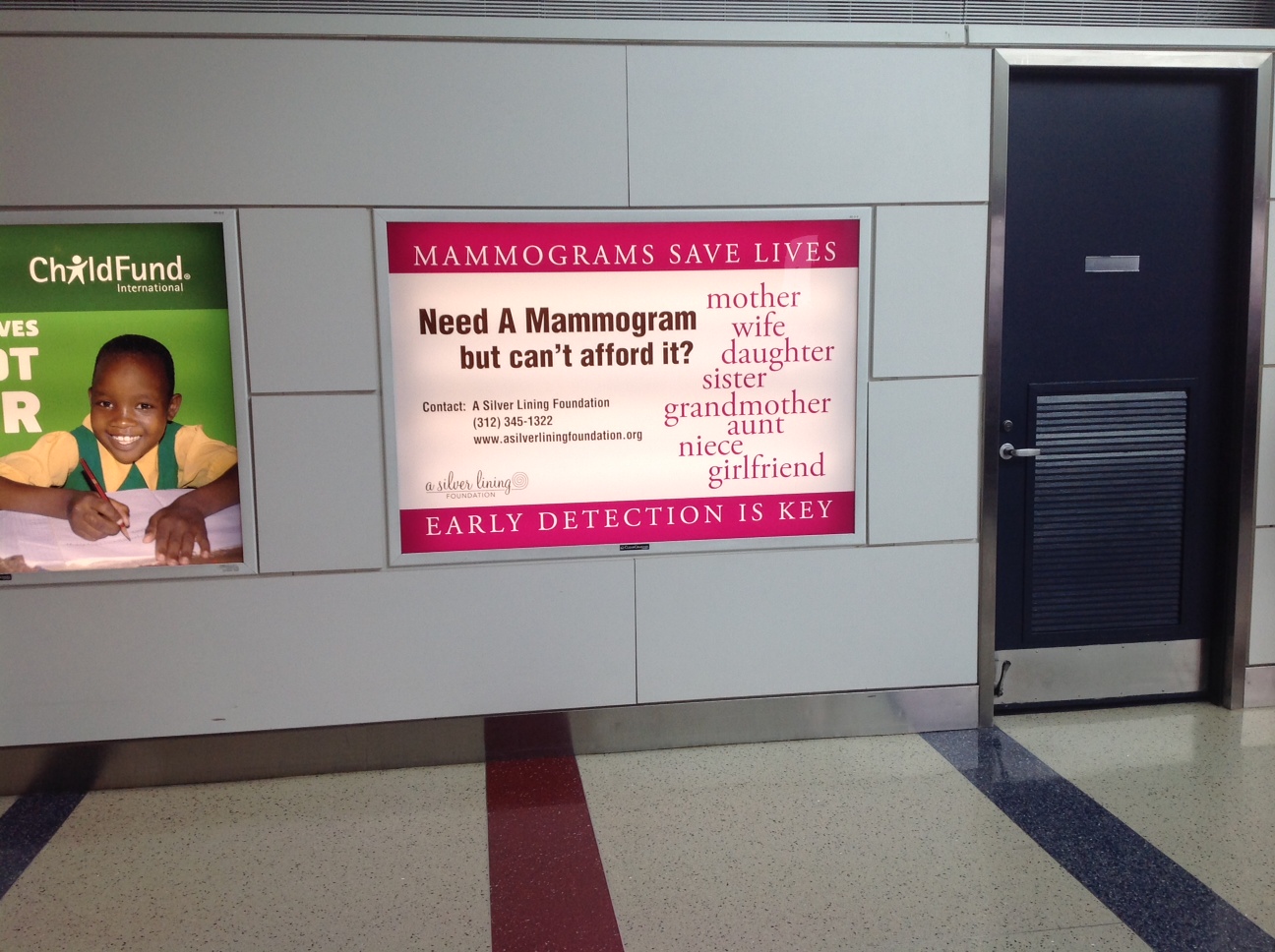