Garrett Popcorn Shops donate $12,000 to Charity – ‘Tis the season for giving, and Garrett Popcorn Shops have just given 90 women the gift of a potentially lifesaving test. On Monday, December 12th, the Chicago favorite handed A Silver Lining Foundation (ASLF) an astounding $12,000 check from its October pink tin fundraiser.

Throughout Breast Cancer Awareness month Garrett pledged to donate a percentage of sales of every pink striped tin sold to A Silver Lining Foundation. As anyone who has passed a Garrett storefront and seen the winding line of eager locals and tourists alike knows, this fundraiser was destined for success. The donation will benefit ASLF’s Buy Mom a Mammogram program that provides uninsured or underinsured women with free mammogram testing. Thanks to the generosity of Garrett Popcorn Shops and their customers enough money was raised to fund 90 mammograms 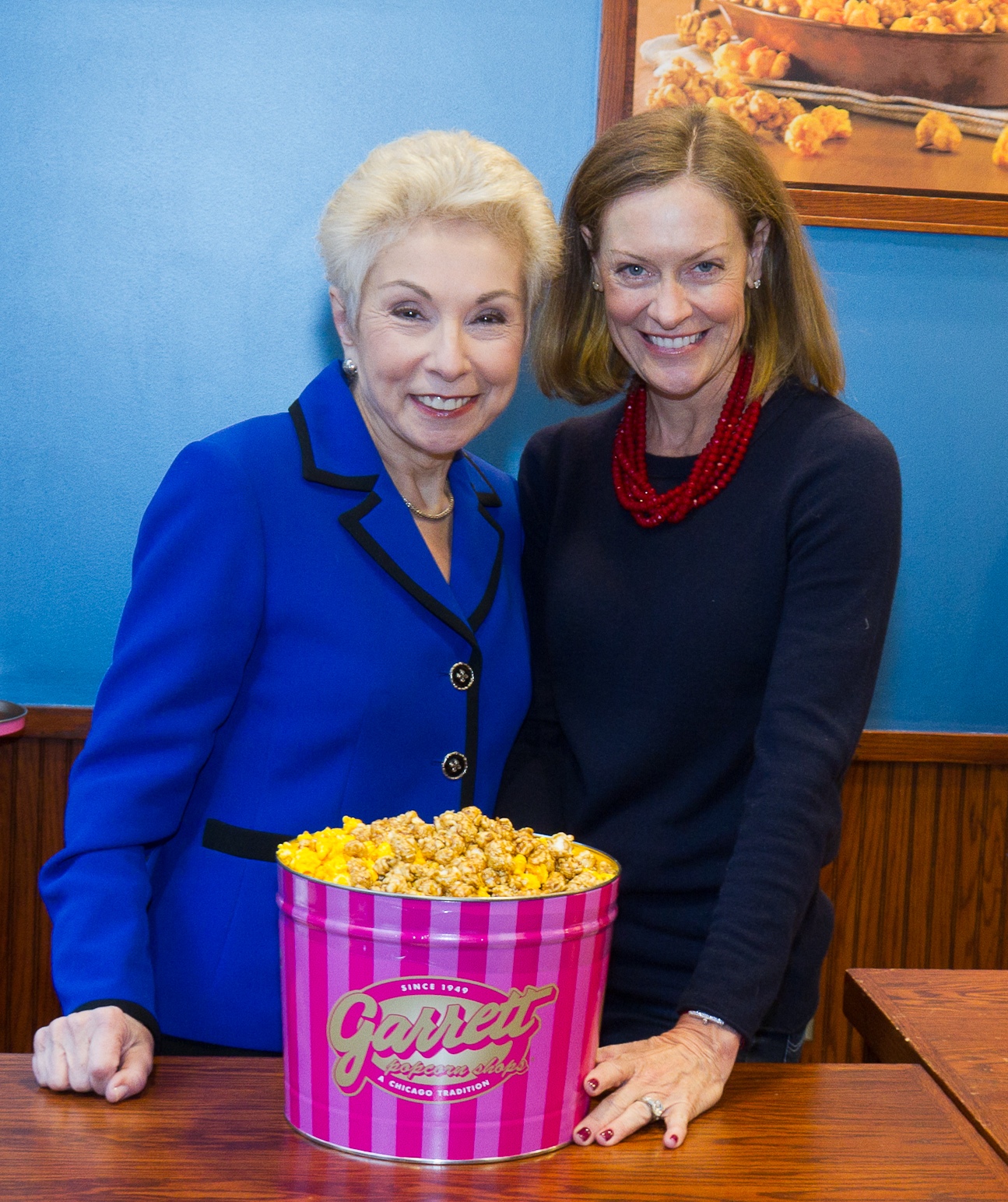 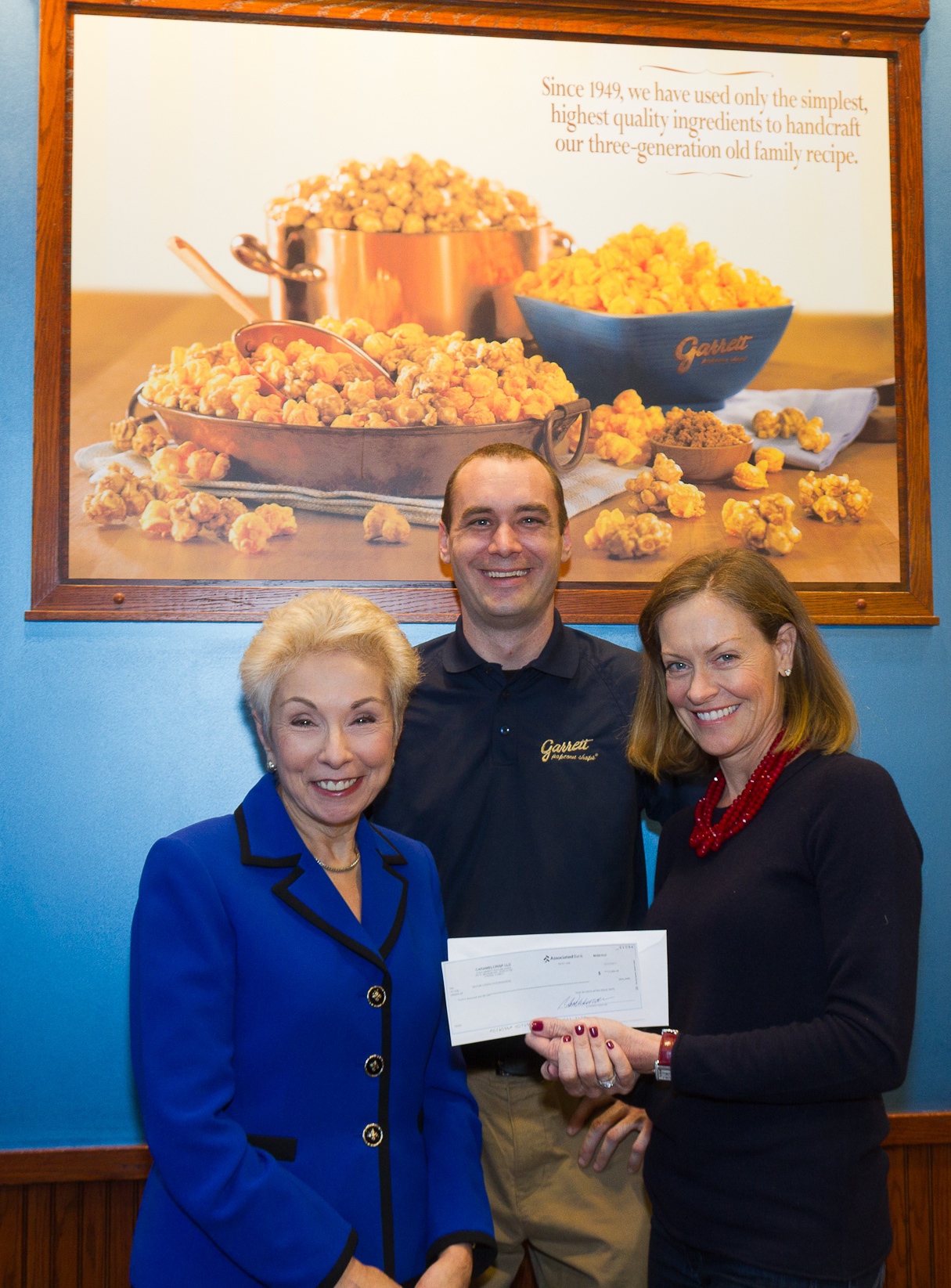